Who doesn’t enjoy good food and good company? The perfect elements of a perfect dinner date. However, there is one key element that makes the date setting perfect. And that is good music. A delightful dinner and enjoyable company accompanied by amazing music make for a memorable dinner date. Music adds magic and mood to the air.

The right kind of music serves as the perfect wingman for any date night. When picking music for a dinner date, see that it is romantic, soothing, subtle yet sensual.

Here are the top 5 evergreen romantic songs for a dinner:

Based on Jean-Paul Égide Martini’s “Plaisir d’amour”, this is an evergreen love song for the love birds. It was written in 1784. This sweet and tender ballad talks about the irresistible feeling of falling in love. It is Presley’s most famed romantic track.

The song was originally recorded for his movie. Various other artists have also covered this track. Can’t Help Falling in Love was ranked as the 5th best Elvis song by Rolling Stone and 50th most popular wedding song by Billboard magazine.

An old-fashioned balled, this love song was penned by Ed Sheeran for his then-fiancee Cherry Seaborn. The couple has gotten married now. Perfect is a simple ballad with free-flowing and enthralling lyrics. The voice is emotional and this track is sure to leave an impact on the listener.

This song talks about eternal love. This song was written by the singer Christina Perri for the Twilight Saga: Breaking Dawn Part I. A very romantic song with heartfelt lyrics that speak about how she has waited for true love, A Thousand Years is a modern classic song. It features a pleasant melody with sweet lyrics. The song is a perfect choice if you are looking for an all-romance track for a romantic dinner date, drive, or even a wedding!

Words was originally sung by Bee Gees. It was the third UK top 10 hit. Also, it was voted fourth in The Nation’s Favorite Bee Gees Song. Boyzone covered this song it was the first general single from the band’s second album. It was Boyzone’s first UK #1 hit and was certified Gold.

The song has been recorded by various other artists as well.

This is the second single from the movie Fifty Shades of Grey film soundtrack. The song perfectly depicts the character’s desire and passion. The song is enjoyable and gradually builds momentum. The song successfully topped the UK singles charts for consecutive four weeks. Also, it remained hit number 3 on the Billboard Top 100 in the US. The lyrics are energetic and emotional. The song features sensual lyrics.

There, those were our top 5 ultimate romantic songs for your dinner date. Add them to your playlist today! 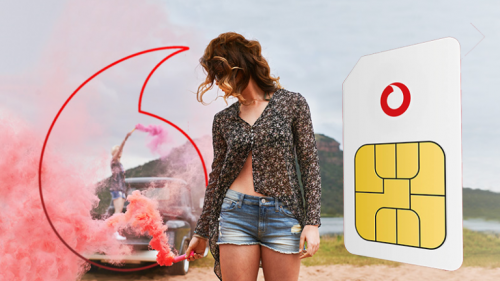 Experience Milan’s Rich History With This Milanoguida IT Review

Vodafone Best Laptops Offer For Every Use, Case, And Budget

Unbox The New Three Deals With The New Discounts Of 2022